Aren’t they beautiful? *drools*. The covers definitely showcase just how amazing the books from this series really are!

Everyone knows just how much I loved the first in the series with ‘The Art of Letting Go’ and if you don’t know then go read my review here!

You can find out more about the two novels below! Let me know what you think, too.

The Saving of Benjamin  Chambers (A Uni Files Short)

Benjamin Chambers needs saving, he just does not know it yet. Bored of his life of repetitive gigs with a band going nowhere fast and one night stands with girls who are only interested in his role as a lead singer, something has got to change. It’s just what do you do when the only life you know involves messing around with guitars and attempting to run away from any female attention that comes your way.

Ben has a New Year’s resolution and one that he is determined to keep, quit the band and get a life of his own. Little does Ben realise that on his last night with his band Sound Box he is going to meet a girl who will turn everything he knows upside down.

As Ben sets himself the challenge to find ‘The Girl’ again, he may be about to learn that in an effort to rescue her, he himself will be the one to be saved.

The Art of Forgiving (A Uni Files Short – Christmas scene)

Benjamin Chambers found the girl, won the girl, and then lost the girl all in two months. It wouldn’t be so bad if it wasn’t that girl. The one that had already got away once. Left to his own devices, wallowing in self-pity, drinking whiskey and killing ballads on his guitar, Ben is looking forward to the worst Christmas in history. That is until an unexpected offer of help arrives.

Given the best Christmas gift he could ever wish for the chance to spend one more day with the girl that got away. Ben knows he just has one day to convince Lilah that they are meant to be together, before he has to make some big decisions about his own future. Just one day to set right the mistakes that he has made, but will it be enough?

Ben may end up finding out that The Art of Forgiving isn’t something you can teach, it is something that you have to earn. 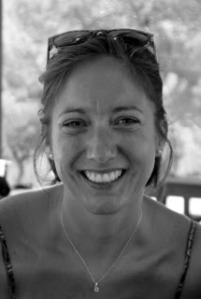 About Anna Bloom
Anna Bloom is a contemporary romance writer who writes about life as it happens. Combining a busy schedule of looking after two small children whilst working in a local school and completing The Uni Files series she also spends a lot of time imagining kissing hot guys – all in the name of her art.