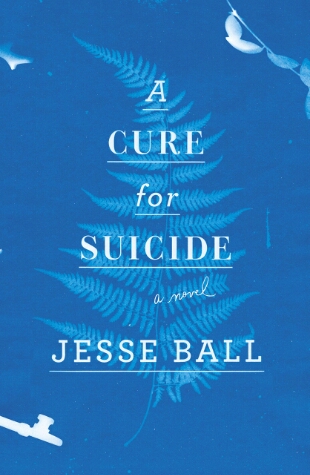 The Blurb
From the author of Silence Once Begun – one of our most audacious and original writers – a beguiling new novel about a man starting over at the most basic level, and the strange woman who insinuates herself into his life and memory.

A man and a woman have moved into a small house in a small village. The woman is an “examiner,” the man, her “claimant.” The examiner is both doctor and guide, charged with teaching the claimant a series of simple functions: this is a chair, this is a fork, this is how you meet people. She makes notes in her journal about his progress: he is showing improvement, yet his dreams are troubling. One day, the examiner brings him to a party, and here he meets Hilda, a charismatic but volatile woman whose surprising assertions throw everything the claimant has learned into question. What is this village? Why is he here? And who is Hilda?

The Review
Thanks to Emily from the Text Publishing Company for the chance to read and review A Cure for Suicide.

The Cure for Suicide is about a nameless man – the claimant, and his examiner – perhaps his doctor. The claimant almost died, which has led him to his residence at the village and in the presence of the examiner. The examiner tries to place the claimant’s mind back together where he learns about memory and other functions – learning to write, as one examples.

First impressions for me were that of confusion! Although written beautifully A Cure for Suicide was structured in an awfully confusing way and sometimes I found myself re-reading just to make sure I was on the right path. However, the concept and the story were great – it really makes you think about suicide and its after effects.

Personally, I felt that the examiner didn’t let the claimant express himself fully and she was trying to manipulate him. But then again that could be the claimant’s mind making you feel that way. Maybe I just don’t trust her – who knows!

One thought on “The Cure for Suicide by Jesse Ball”

A Book and Tea

Welcome to my little home on the web. I'm a creative soul that loves to read books, drink tea, cook and/or bake Weight Watcher friendly things, as well as dressmaking! I'm a busy bee :-)