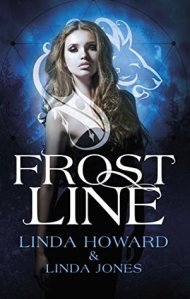 The Blurb
Lenna is Strength, a manifestation of the Tarot card, and powerful beyond reckoning. But when she’s pulled into the human realm, tasked with protecting a young boy, everything is thrown into chaos. Lenna’s not supposed to be here, interacting with mortals. She’s definitely not supposed to be drawn to the sexy mercenary sent to retrieve her by any means necessary . . .

As a Hunter for magical beings, Caine’s duty is simple: return this compelling, impossibly attractive woman-or eliminate her. Instead he’s drawn into Lenna’s dangerous rescue mission and blindsided by his growing feelings. But there is more than one enemy to contend with. And as the clock runs out, failure means not just the loss of an innocent life and the woman Caine has come to love, but the destruction of Lenna’s entire world.

Thank you to Piatkus Book for sending me a copy of Frost Line to read and review.

Elijah sees his mother murdered by a man he thought he could trust – so, who can he turn to now? During the sadness, Lenna, from the land of Aeonia,  is magically called to protect him. Lenna is described as strength within a pack of Tarot cards, and due to her separation from the rest of the pack, things become a little complicated. She’s torn between protecting Elijah and wanting to travel back to her world – Earth is new and difficult for her to understand.

Hmm, I’m not sure how I should write this review because if I’m truly honest, I only gave it 3 stars on Goodreads. The reason behind the 3 stars were because:

However, I  did enjoy the following points too:

A mixed opinion from me really, but I think fans of fantasy and paranormal would love it. As ever, book reviews are just one opinion, I’d advised anyone giving it a go!