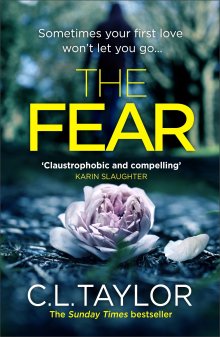 The Blurb
When Lou Wandsworth ran away to France with her teacher Mike Hughes, she thought he was the love of her life. But Mike wasn’t what he seemed and he left her life in pieces.

Now 32, Lou discovers that he is involved with teenager Chloe Meadows. Determined to make sure history doesn’t repeat itself, she returns home to confront him for the damage he’s caused.

But Mike is a predator of the worst kind, and as Lou tries to bring him to justice, it’s clear that she could once again become his prey…

As I write this review, The Fear is jumping to the top of the Sunday Times bestsellers list and it’s totally deserved! I’ve not read many books like this and yes, I may sound like a broken record, but it’s true it’s bloody brilliant. It drew me in, messed with my emotions and then spat me back out. How could you do that to me? Anyway, it was ‘Wow’.

The Fear contains materials that some readers may find distressing. However, Taylor deals with it sensitively and appropriately. The main concept of the novel focuses on child grooming and the parties involved with one man’s actions. You’d expect it to be quite a difficult read yet it doesn’t make you feel uncomfortable, just angrier that things like this happen to vulnerable people.

During the ordeal, you read the POVs of three women Wendy, Chloe and Louise. They each have a relationship with Mike – whether that is through love or hate – and their stories are how he has affected them through his actions. There’s no denying he is a sex offender but will he ever change his ways? You’ll have to read to find out 😉

Prepare to be taken on an emotional rollercoaster of mind games, violence and infatuation. 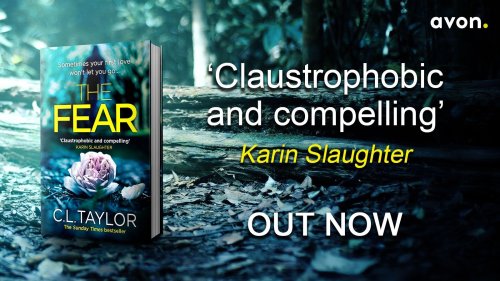